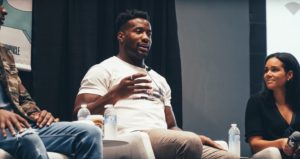 In case you’ve been avoiding the news since the start of the pandemic, beginning in mid-May, there have been a series of protests across a multitude of cities both domestically in the U.S., as well as abroad.

These protests are a result of a culmination of justice for the murders of Black Americans including, Breonna Taylor, Ahmaud Arbery, and George Floyd.

Although there’s criminal justice reform sought as an outcome from the protests, and these demonstrations may recall similar displays from the 1960s, these conflicts of 2020 aren’t just repetitively mirroring the past: they’re bringing forth a new movement in the U.S. fight for racial equality.

George Floyd’s Death as A Catalyst for Change

Throughout the past few weeks, there have been over a thousand protests in the U.S. caused by outrage following the death of George Floyd, which was filmed as a Minneapolis police officer knelt on his neck for almost nine minutes while Floyd remained lying face down, handcuffed.

For the post part, these protests have been peaceful. It’s important to note that Floyd was one of approximately 1,000 U.S. citizens killed annually by police, a disproportionate number of whom, like him, are Black.

And although the protests have sparked from George Floyd’s death and have been increasingly positioned in relation to his passing by a variety of media outlets, at a macro level, the protests represent that change is on the horizon, and they signal an immediate need for equality to be both strived for and reached.

Prior to present-day protests, there were several movements and periods of protesting throughout the past century in support of racial equality⁠—starting in 1919 with the Red Summer, then during the Depression and World War II, followed by a third wave fueled by the growth of the civil rights movement in 1963 and 1968.

These three major waves of nationwide uprisings in the 20th century shed light on how the fight for racial equality has grown, how it’s changed, and what has stayed the same.

Although there are major positives from today’s protests, such as that they’re markedly interracial and have spread on a global scale, there are still specific sectors where Black Americans have been (and still are) negatively impacted by systemic inequality.

What White Allies Should Learn

You might be wondering, “What’s the most important takeaway that white allies need to learn in order to be supportive and act as positive agents of change?”

First and foremost, what white allies should work towards learning is that their privilege is a result of white supremacy and evasiveness throughout our society⁠—which starts with acknowledging that white privilege exists, and understanding that it’s become systemically ingrained in our country.

Second, allies should work towards recognizing the benefits of dismantling the current system and providing equal opportunities for minorities.

As an example, there are specific restrictions regarding access to health care under the Affordable Care Act (ACA) that have negatively affected minorities during the COVID-19 pandemic.

At the end of the day, we all need to work together, our country, as a team, to dismantle the systemic racism that pervades the U.S..

Exploring the Lack of Equal Opportunities in the U.S.

Genuine justice and reform starts with identifying and recognizing the lack of equality that has been systemically accepted within our society for generations.

Racial inequalities in our country have been perpetuated across a variety of industries, including financial services, education, and arts and entertainment.

So over the next few weeks, my posts will explore the lack of equal opportunities that exist throughout these differentiated areas.